Changing the LED Lights in Either Xbox 360 or PS3 Controllers 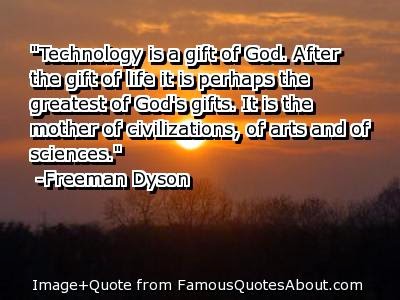 Changing the LED lights inside your favorite controller is quite simple. For each controller you will need a low wattage soldering iron, 60/40 rosin, a sponge, a pair of pointed tweezers, and your new LEDs. You can use a higher wattage iron, but it is safer to start with a low watt so you avoid possibly destroying your motherboard. To open a 360 controller, you will need a t8 screwdriver. A small Phillips head screwdriver is used for the ps3. When taking the screws out of the 360 controller there is a hidden screw found inside the battery pack terminal behind the rectangular shaped bar code sticker.

To start you will need to tin the soldering iron. This simply means to melt rosin on the iron and then clean it off with your sponge. When cleaning the iron, I found it works best to get the sponge slightly wet on one side. I like to clean the iron after each step to increase contact.

Once you have the screws taken out there are a few steps you will want to avoid breaking your controller case. To disassemble the xbox 360 controller, you will need to push in the thumbsticks and gently pry the controller apart. To prevent losing any of your buttons, I recommend applying a strip of tape to the front of the controller to hold everything in place. After you have done this, you will need to pull the rubber thumb sticks off their mechanism, pull out the motherboard, and set everything aside so you don’t lose anything.

The PS3 controller is somewhat easier to disassemble. Once you have the screws removed, you will just pull the two halves apart. Next, you will pull the rubber joysticks off, and pull the tab that connects the R’s and L’s off their clip. You are now ready to remove the old lights from the motherboard.

To remove the LEDs, I like to use a technique called floating. To do this, you will need to melt some rosin on the iron until it makes a little bubble on the iron itself. It might look like it is going to fall off, but do not worry, it will stay on the iron. Once you have this done, you will float the bubble back and forth across the LED to remove it. This will most likely take just a few seconds and the LED will stick to the rosin. Then you will just clean the iron off and repeat the process for each light.

Applying the new LEDs is a little more difficult than taking them off. First, you will need to look at the bottom of the new LED and determine which side the arrow on the bottom is pointing. You will need to point the arrow toward the negative side of the motherboard. If you cannot figure this out, turn the power to the controller on and the LED will light up if you have correctly lined it up. I like to leave the battery pack and the back half of the controller connected. This is so I can use the contact pad to turn the controller on. For the ps3, you can just plug in the charging cable. Once you have aligned them correctly, you will use your tweezers to hold the LED in place and just add a little rosin to both side and you are done. It might take some time but a little practice will make things a lot easier. Now you are ready to show off your newly light controller with your favorite color lights!