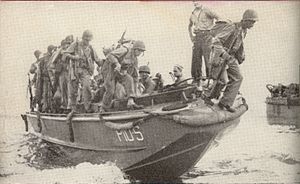 Most of us have some passing familiarity with the term DVD. The first DVD R format was released in 1997 and had 3.5 GB disc capacity. With advances in electronics and technology, the format has now developed to a capacity of 4.7GB.
What Is DVD?
The abbreviation DVD stands for Digital Versatile/Video Disc and DVD-R media stands for DVD recordable. If you have acquired a new computer that has a DVD burner you may be trying to figure out which kind of blank discs you must use. There are many versions available in the market such as the DVD-R and the DVD-RW and also the ‘plus’ and ‘minus’ versions. With so many different DVD formats in the market, the right choice appears elusive.
A Brief on Different DVD-R Media Types
DVD-R is a write once format, which simply means that once you have burnt some data, the disc is forever frozen with that information. When W is suffixed to the abbreviation, it means you can erase and rewrite information 1000 times on the disc. This is certainly a significant advantage. Another format DVD – RAM t is even more accommodating. It lets you erase and rewrite sections of a disc.
Things appear to be get more perplexing when you read the ‘+’ and ‘-‘signs. What do DVD+RW mean? The ‘plus’ discs have the same capacity as the ‘minus’ ones. The only difference is that the ‘plus’ discs have greater IQ. This means DVD+RW writes faster, has better interlinking and lets you drag and drop desk tops files on the disc. It is important to remember that if your computer is compatible with DW -R or DW -RW then the ‘+’ formats will not help you as these will not work with your drive.
Blu-Ray Media
DVD-R media has now been superseded by the Blu-ray Disc. This disc is 12 cm in diameter similar to the DVD discs but packs 25GB per layer. Blu-ray Disc Association jointly developed this optical disc format in conjunction with the world’s leading consumer electronics, computer and media manufacturers. While DVD-R media relies on red laser to read and write data, Blu-ray uses the blue-violet laser. The key benefit of Blu-ray is the shorter wavelength of the blue-violet laser when compared to the red one in DVD-R media. This enables data to be packed much more tightly resulting in higher capacity of Blu-ray discs. Pioneer has recently developed a single Blu-ray disc having a capacity of 500 GB built-up on 20 layers. This extra capacity has thrown up the possibility of offering consumers an unmatched HD experience.
Blu-ray discs have already worked wonders. The list of the 3D releases in 2010 include Alice in Wonderland, Avatar, Bolt, The Last Air Cable Wire Pulling Tools bender, Monster House, and Step Up 3D to name a few. Fans can look forward to release of the following movies during March this year.
* Yogi Bear
* The Chronicles of Narnia
* Tangled No Power At Home Who To Call
Blu-ray media has been touted as the true successor to DVD-R media with most of the studios announcing that all new releases henceforth will be on the discs.