An Introductory Guide to Saints Row: The Third 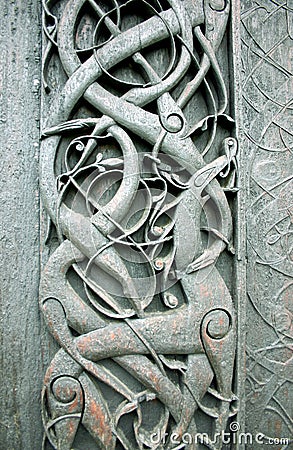 The critically acclaimed Saints Row series is back with Saints Row: The Third being the next game in the series. This game is an action-adventure video game that is played from a 3rd-person viewpoint. This open-world title provides a blend of action as well as driving gameplay, and the gamer can freely explore the game environment opting to play the game’s primary story quests or numerous side missions provided throughout the game world.

The gang known as the Third Street Saints became megastars in Stilwater after their exploits in Saints Row 2 and have become a household name, with their own clothing line and soda drink brand. Sadly in Saints Row: The Third the international criminal organisation, called the Syndicate, has moved into the Saints Turf and have taken full control of the metropolis of Stilwater. This forces the Saints to move to the run-down commercial city of Steelport.

The Syndicate game has now started to move into Steelport, and now the Third Street Gang have had enough and decide to fight back. The Syndicate run 3 distinct gangs in Steelport, named the Morning Star, the Luchadores and the Deckers, and now it’s all-out warfare between the Saints and these street gangs. The United States STAG (Special Tactical Anti-Gang) units have also been tasked to prevent warfare between the gangs within Steelport.

Within Saints Row: The Third you take control of the leader of the Saints gang, and finishing quests rewards you with cash, vehicles, weaponry in addition to respect. Respect earned can be spent to improve your character’s skill-set, for example weapon as well as melee fighting abilities.

Money may be used to purchase clothes, guns, vehicles as well as enhancements for existing guns and cars, such as adding a grenade launcher or gun-scopes onto an assault rifle. Money could also be used to upgrade your gang’s overall look and their base of operations as well as purchase properties and shops in the city.

Weaponry seen in earlier games in the franchise are present, and will include pistols, SMGs, assault rifles, grenades, chainsaws, satchel bombs, swords and sledgehammers. Brand-new weaponry in this game include:

Call in Air Strikes – Air strikes guided by a laser marker that allow one to take out groups of adversaries at once.

Predator Drone – Are controlled via a top down view and you guide your drone and can drop various types of bombs onto your target.

RC Gun – Fire this innovative weapon at any vehicle and this attaches a type of bug onto the motor vehicle. This bug allows you to control the vehicle via remote-control.

This game provides a co-op game mode and Saints Row: The Third may be played co-operatively with one other player. The other player may take part in all quests and activities within the game.

Saints Row: The Third is due for launch on 18th Nov, 2011, and shall be released for these platforms: PS3, PC Systems as well as Microsoft Xbox 360. The publishing house for the video game is THQ, and this video game is developed by Volition, Inc. Multiplayer options will be catered for in this game, and up to 2 gamers can join in. The PEGI rating specified for this video game will be PEGI 18, this means it will be suitable for ages 18 and upwards.